Becoming a U.S. Citizen is an important step for someone who is a Legal Permanent Resident of the United States. Becoming a Citizen means that there are more options and freedom to travel outside the United States. As important, Citizenship will give a Resident the ability to have a voice in the United States by granting the ability to vote in all local state and federal elections. Finally, a Legal Permanent Resident’s right to live in the United States is not as guaranteed as most would think. It may be true that most people have no intention in committing a crime or violating any law, but laws can be confusing and complex. Many a time, does an individual violate a law without intending or even knowing that such law was violated. This means that there are many circumstances where an individual is found in a situation where she or he is found justifiably or unjustifiably accused of a criminal or ci 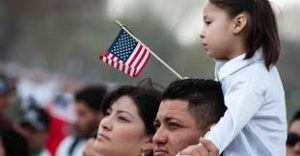 vil immigration law violation. Therefore,  especially with today’s climate where the federal government is tightening restrictions on non US Citizens, it is advisable to seek Citizenship if you want to guarantee that you will never be forced out of the United States because of a misunderstanding or a error in judgement resulting in a substantial mistake.

By John Barrera | Published October 9, 2020 | Posted in Uncategorized | Comments Off on Becoming a U.S. Citizen

We will respond to your inquiry in a timely fashion. Thank you.